For everything that's not in any way related to PureBasic. General chat etc...
Post Reply

I just got the offer to install Windows 11

Wait some time for sp1

PB is running on Windows 11... But... some programs look different
Top

Could you please elaborate on the differences?
Top

Can you please post a screenshot of the same app running on 10 vs 11, please?
Top 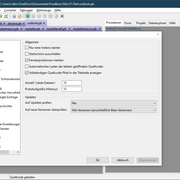 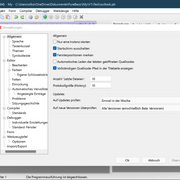 It's much brighter (same theme, same colors), status, toolbars have different sizes and borders.
I know... these are small things... but in here you see, that disabled components sometimes look like invisible.
Top

<<
Windows 10 is the ultimate version of Windows.
>>
(Jerry Nixon, Microsoft)

If anybody could explain me it is not a parad to steel more money, more personnal datas, and pass over the laws about the programmed obsolescency, I think I would pay this person...

I have not had the time to understand completely how my computer works, to migrate to Linux, that this band of irresponsives wants to impose a new version, as all their distant system were a hidden useless sh... ...

I already loose five minuts per start, to stop Cortana I have never wanted, (very hard to stop : appears again 5 times after 5 ends of task) and other non-senses (films).

When I think I plugged to the net just one time (and I might give my personal telephon number, absolutely illegal), to update this bad version "Windows 10 Version Mode S" and fire their hard bug of firmware which is without protection when we buy a computer, I am disgusted by these crazies...
Thank you Google search
Top

I dont remember how i did it, but it wasnt really difficult.

Regarding windows 11, i hope it works on my 2020 laptop. Because win10 on the laptop fails to update for many months and currently there is no solution.

ps: i had initially hoped for something really tricky to get rid off in windows10 , but so far i had no problem on my desktop like that

In your screenshots, you mean? Where? Both shots show everything normal to me with nothing invisible?
Top

In your screenshots, you mean? Where? Both shots show everything normal to me with nothing invisible?

Screenshot 2, the disabled button. yes... on this screenshot it looks ok... but on a brighter monitor it looks invisible.

Return to “Off Topic”